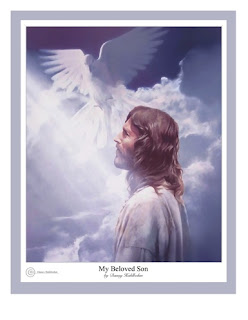 Matthew’s gospel says, “And came and lived in a city called Nazareth. This was to fulfill what was spoken through the prophets: ‘He shall be called a Nazarene.’" (Mat 2:23, NASB)

Which of the prophets referred to the Messiah as a Nazarene? If you do a word search on "Nazarene" in the Scriptures from Genesis to Malachi, you will not find one single occurrence of it. So what did Matthew mean when he said under the inspiration of the Holy Spirit that when the Lord lived in Nazareth, it fulfilled what was spoken through the prophets, "He shall be called a Nazarene"?

Matthew here was using a play on words or pun. A pun “also called paronomasia, is a form of word play that suggests two or more meanings, by exploiting multiple meanings of words, or of similar-sounding words, for an intended humorous or rhetorical effect.”

The Hebrew word for Nazarene is Natzrati (also spelled notzri). The Greek word for “Nazarene” is “Nazoraios”, meaning “inhabitant of Nazareth; by extension a Christian: - Nazarene, of Nazareth.”


The Nazarene
In addition to Matthew 2:23, which I have already cited, the Greek word for "Nazarene" is used in the following verses (including those where the translators have used the expression "of Nazareth"):

“When he had gone out to the gateway, another servant-girl saw him and *said to those who were there, "This man was with Jesus of Nazareth."  (Mat 26:71).

“And seeing Peter warming himself, she looked at him and *said, "You also were with Jesus the Nazarene."  (Mar 14:67)

And he *said to them, "Do not be amazed; you are looking for Jesus the Nazarene, who has been crucified. He has risen; He is not here; behold, here is the place where they laid Him.  (Mar 16:6)

And He said to them, "What things?" And they said to Him, "The things about Jesus the Nazarene, who was a prophet mighty in deed and word in the sight of God and all the people, (Luk 24:19)

"Men of Israel, listen to these words: Jesus the Nazarene, a man attested to you by God with miracles and wonders and signs which God performed through Him in your midst, just as you yourselves know-- (Act 2:22)

But Peter said, "I do not possess silver and gold, but what I do have I give to you: In the name of Jesus Christ the Nazarene--walk!" (Act 3:6)

let it be known to all of you and to all the people of Israel, that by the name of Jesus Christ the Nazarene, whom you crucified, whom God raised from the dead--by this name this man stands here before you in good health. (Act 4:10)

“For we have heard him say that this Nazarene, Jesus, will destroy this place and alter the customs which Moses handed down to us." (Act 6:14)

"For we have found this man a real pest and a fellow who stirs up dissension among all the Jews throughout the world, and a ringleader of the sect of the Nazarenes.”  (Act 24:5)

"So then, I thought to myself that I had to do many things hostile to the name of Jesus of Nazareth.”  (Act 26:9)

The Branch
“Then a shoot will spring from the stem of Jesse, And a Branch from his roots will bear fruit.” (Isa 11:1). This is the only Scripture in the prophets that uses the Hebrew word nê·tzer for branch with reference to the Messiah. The others use different Hebrew words.

"Behold, the days are coming," declares the LORD, "When I will raise up for David a righteous Branch; And He will reign as king and act wisely And do justice and righteousness in the land. (Jer 23:5)

'Now listen, Joshua the high priest, you and your friends who are sitting in front of you--indeed they are men who are a symbol, for behold, I am going to bring in My servant the Branch.” (Zec 3:8)

"For He grew up before Him like a tender shoot, And like a root out of parched ground; He has no stately form or majesty That we should look upon Him, Nor appearance that we should be attracted to Him."  (Isa 53:2)

"Take silver and gold, make an ornate crown and set it on the head of Joshua the son of Jehozadak, the high priest. "Then say to him, 'Thus says the LORD of hosts, "Behold, a man whose name is Branch, for He will branch out from where He is; and He will build the temple of the LORD. (Zec 6:11-12)

Zechariah prophesied of "a Man whose name is Branch". I think this is certainly one of the prophets Matthew was referring to when he said the Lord Jesus fulfilled what was spoken through the prophets, "He shall be called a Nazarene".

Putting it All Together
The apostle Matthew used a word play in Matthew 2:23 to show that Jesus Christ was the one who fulfilled the Messianic prophecies about the Branch. It would be like saying The Natzrati is the Nê·tzer from Netzarit. In other words, the Nazarene (Natzrati) is the Nê·tzer (Branch) from Nazareth (Netzarit). Likewise, to put it literally, the Branch is the Man from the City of the Branch.

Based on the Scriptures cited above, we can form the following conclusion: Branch = a Man = Servant = Son of David = Temple Builder = King = Nazarene = Jesus Christ = Messiah

Attribution notice: Most Scripture quotations taken from the NASB, and others are from The Holy Bible, New International Version® NIV®, unless otherwise noted. "My Beloved Son" paintings © 2012 Danny Hahlbohm, all rights reserved by the artist.

Author's note: I also recommend reading No One to Intercede, The Son of Man, The Servant of the Lord, Having a Servant's Heart, The Difference Between a Disciple and a Believer, The Shepherding Role of Elders, Crucified with Christ, What Jesus Did Not Do on the Cross, Holy Washings - Part II, Persecuted or Popular?, and Success in God's Eyes. You may also access other articles about the Good Shepherd on the Home page for this blog, as well as my complete blog directory at "Writing for the Master.

Len Lacroix is the founder of Doulos Missions International.  He was based in Eastern Europe for four years, making disciples, as well as helping leaders to be more effective at making disciples who multiply, developing leaders who multiply, with the ultimate goal of planting churches that multiply. His ministry is now based in the United States with the same goal of helping fulfill the Great Commission. www.dmiworld.org.
Posted by Len at 5:30 PM